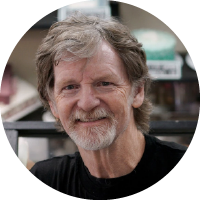 Jack Phillips is a cake artist. He opened Masterpiece Cakeshop in 1993 and has joyfully served the community of Lakewood, Colorado for more than 25 years.

Jack serves everyone, but like most creative professionals, he cannot express messages or celebrate events that conflict with his core beliefs.

In July 2012, two men asked Jack to create a custom wedding cake celebrating their same-sex ceremony. Jack politely declined, but he offered to design them custom cakes for other occasions or to sell them any premade item in his shop. Yet, that point did not satisfy the couple, who soon filed a discrimination complaint with the Colorado Civil Rights Division. At this point, Alliance Defending Freedom attorneys rushed to Jack’s defense.

ADF took Jack’s case all the way to the U.S. Supreme Court, and thankfully, on June 4, 2018, the Court ruled 7-2 in favor of Jack, finding that the government had acted with “impermissible hostility” against Jack and his faith. But, Jack’s story did not end there. Jack’s back in court defending the right of all creative professionals to chose the messages they can create.