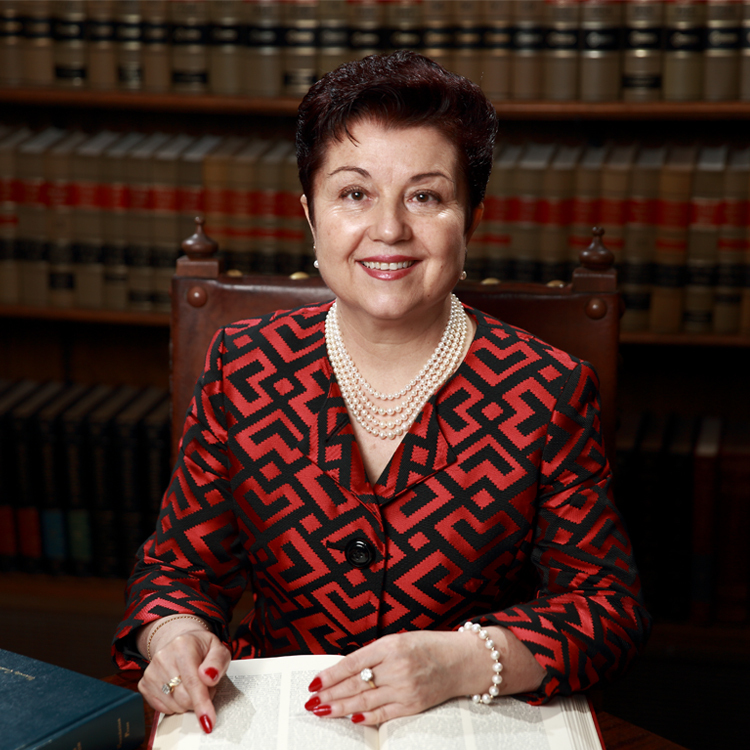 Virginia Prodan was born and raised in Romania. She graduated from Bucharest Law School with a Juris Doctor (JD) degree. After being exiled as a political refugee to the United States and she learned English, Virginia graduated from S.M.U. Law School in Dallas, Texas with a Juris Doctor (JD) degree and a Master of Laws (LL.M International) degree.

As a young attorney in Romania under Nicolae Ceausescu’s brutal communist regime, Virginia had spent her entire life searching for the truth. When she finally found it in the pages of the most forbidden book in all of Romania, Virginia accepted the divine call to defend Christians against unjust persecution in an otherwise ungodly land. For this act of treason, she was kidnapped, beaten, tortured, placed under house arrest, and came within seconds of being executed under the orders of Ceausescu himself.

How Virginia not only managed to defeat her enemies time and again, but helped expose the appalling secret that would lead to the demise of Ceausescu’s evil empire is one of the most extraordinary stories ever told.

Virginia had literally faced her assassin and has lived to tell about it. You will be inspired by her confidence and courage in the Lord; and by her desire to share God’s love with anyone. She had shared it with the man who was hired to kill her. Virginia Prodan’s compelling story of courage in the face of intimidation, and even death on behalf of others, is a testament to her unwavering faith in a God who delivers. Her memoir, Saving My Assassin, was published by Tyndale House Publishers.

Virginia is passionate about speaking and mentoring others, to stand up to their giants and create a courageous, purpose-filled, and abundant life.

Virginia is a sought-after international keynote speaker. Virginia has spoken to large national and international audiences and at special events for the Family Research Council at their Annual Value Voters Summit in Washington, DC, at the United States Air Force Academy in Colorado Springs, Colorado, at Christian Legal Fellowship in Vancouver, Canada, at The Power of Resilience Annual Conference in Australia, at Georgetown University, Summit Ministries, Hobby Lobby, Museum of the Bible Women’s of Legacy Conference, etc. Virginia also has been featured in articles – The Christian Post; Focus on the Family’s Citizen Magazine, Christianity Today, The Daily Signal, American Thinker, and the Dallas Morning News. Virginia inspires!

As an Allied Attorney with Alliance Defending Freedom, Virginia helps people defend and treasure the freedom we have and fights to keep America free.

As a Victory Coach, Virginia trains and equips others to unleash the overcomer in them to live a life of significance and success —by design.

Virginia aims to change one million lives by 2031. She enjoys her numerous speaking engagements in the United States and around the world—inspiring and transforming lives with her incredible true-life story.

She resides in Dallas, Texas, and she has two daughters, and a son. Virginia loves practicing law, speaking, writing, hosting the podcast – Courageous Leadership with Virginia Prodan Podcast, attending the opera and the symphony, traveling for pleasure, gardening, and watching funny movies.