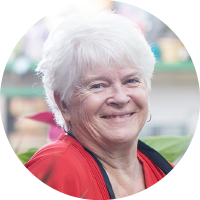 Barronelle Stutzman is a floral artist in Richland, Washington and the owner of Arlene’s Flowers. When a longtime customer and friend asked Barronelle to create custom floral arrangements celebrating his same-sex wedding, she kindly referred him to several other nearby floral artists that she trusted to do a good job for him. The Washington Attorney General then took it upon himself to sue Barronelle for allegedly violating the state’s public accommodations law, and the ACLU joined in on behalf of the customer and his partner. The U.S. Supreme Court sent the case back to the Washington Supreme Court for reconsideration in light of ADF’s victory for Jack Phillips in Masterpiece Cakeshop. But the Washington Supreme Court doubled down on its ruling that Barronelle could be forced to create custom floral art celebrating same-sex weddings. The U.S. Supreme Court declined to hear Barronelle’s case in 2021. But ADF petitioned the U.S. Supreme Court to reconsider Barronelle’s case in light of the Tenth Circuit’s ruling in 303 Creative. In November 2021, Barronelle’s case was settled after she had spent nearly a decade fighting for her constitutional rights as an artist. Stutzman, 77 and a great-grandmother, explained that she is at peace with the settlement because it allows her to finally retire with her conscience intact, to hand off her business to the exact people she wants to, and to pass on the legal torch to other artists like Lorie Smith of 303 Creative in Colorado, whose case will soon be heard by the Supreme Court.